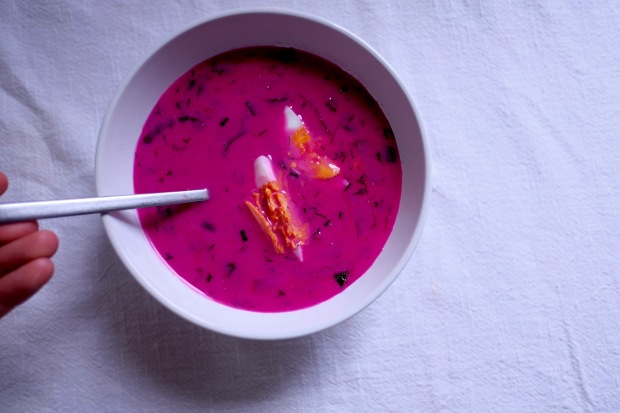 Oh you’ve never had a cold pink soup before?  Pretty awesome right?  It looks exotic but it is basically beets, radishes and cucumbers with some kefir and buttermilk and lots of herbs.   Perfect for a hot day. 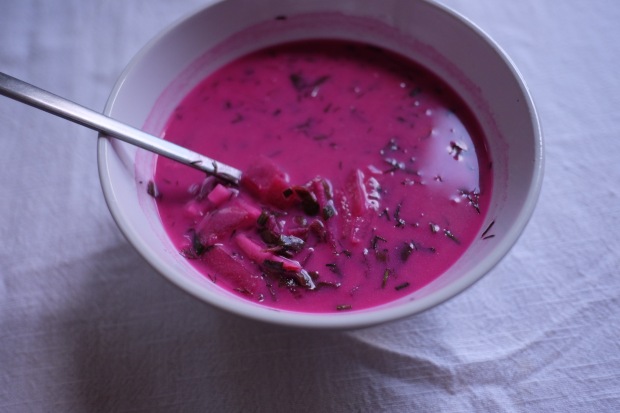 So this is a Polish, among other countries, soup.  Chłodnik basically means something cold, in this case a soup, and it seems to always refer to this type of soup.  The ch is pronounced like an h and the ł sounds like a w, and everything else sounds like it should, so good luck saying it.  Gevork, my boyfriend, speaks Russian and he has so much trouble pronouncing the chł combination, which we practice with the word for boy: chłopiec.  This chłodnik also includes botwinka (w sounds like a v), which is the greens of young beets.  Cold soup doesn’t seem to be a popular choice in America, and it is a shame.  This soup is full of summer goodness.  There are many variations of how to make it, it’s kind-of like all soups where you can really play around with it once you’ve made it once.  I am leaving a simple classic variation here but feel free to get inspired. 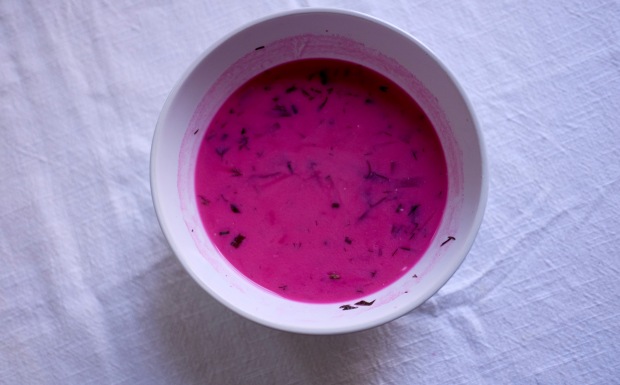 handful of radishes (about 6)

handful of small cucumbers (about 4) 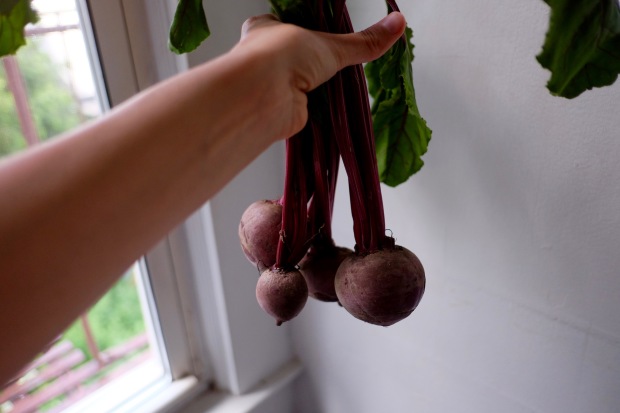 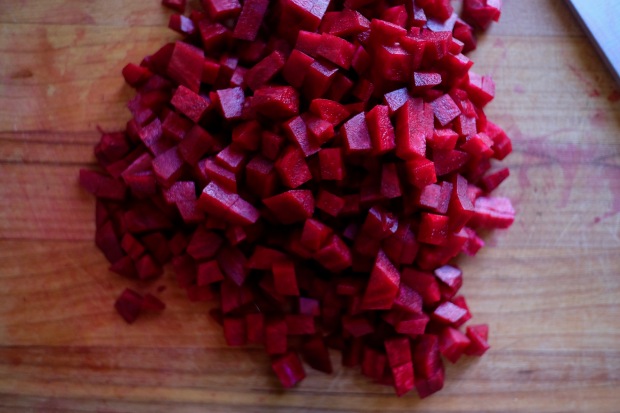 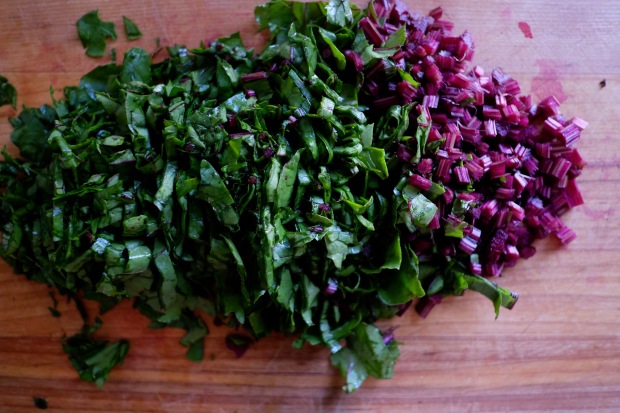 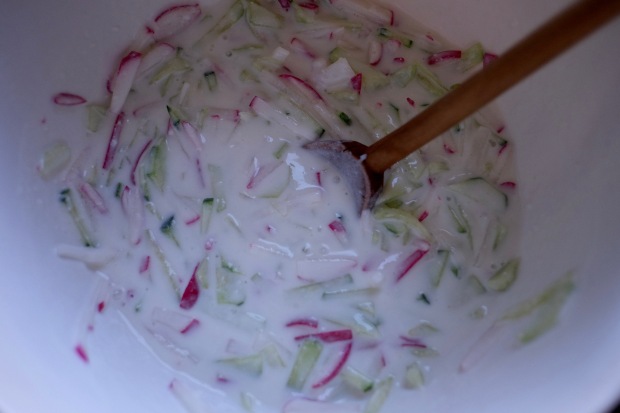 – Peel and chop the beets into small diced cubes.  Chop the leaves and stems finely as well.  Place the beets and leaves into a large pot and cover with water and boil them for 15-20 minutes just until the beets are cooked but the color stays.

– Meanwhile clean the radishes and cucumbers and cut off the ends. Julienne them into thin little matchsticks.  Place them in a bowl and sprinkle with salt and pepper.  Pour the kefir and buttermilk on top.  Toss in the herbs and stir well.  Refrigerate if needed.

– Once the beets are cooked let them cool with the liquid at room temperature and then place in the fridge for a bit to cool more.

– Pour the kefir mixture into the beets and mix well.  The color should look beautiful now!  Let the whole thing cool, season more if needed and serve with hard boiled eggs. 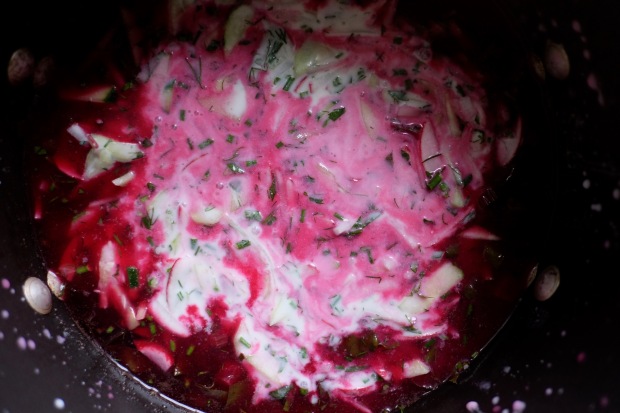